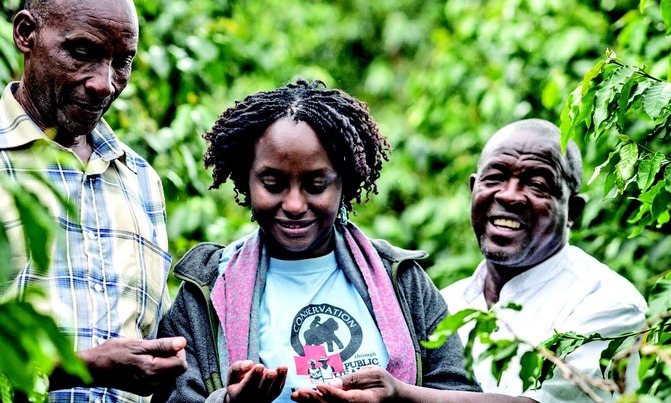 Kalema-Zikusoka’s work has won her many accolades, the latest being the 2020 Aldo Leopold Award. And she is the first African to win it.

For most people, Mountain Gorillas are nothing more than beasts. A few other Ugandans who have seen them say they are close relatives to human beings.

For Dr Gladys Kalema- Zikusoka who has served as their veterinary doctor and is also actively engaged in the conservation of the Bwindi Impenetrable National Park, her passion to ensure that they are not wiped out is unmatched. Kalema, who is a founder and the chief executive officer of Conservation Through Public Health (CTPH), has worked with different individuals and organisations to enhance the conservation of the mountain gorillas and also improve the lives of people in southwestern Uganda, where a majority of the mountain gorillas are found.

Kalema-Zikusoka’s work has won her many accolades, the latest being the 2020 Aldo Leopold Award. And she is the first African to win it.

“We are thrilled to let you know that our founder and CEO is the recipient of the 2020 Aldo Leopold Award,” stated CTPH in a letter sent to New Vision over the weekend.

The news of her award was announced by Prof. Douglas A. Kelt, the president of the American Society of Mammalogists (ASM), in a letter to CTPH.

This award was established by the American Society of Mammalogists in 2002, to recognise outstanding contributions to the conservation of mammals and their habitats. The inaugural winner of this  award  was E. O. Wilson of Harvard University in 2003, for his contribution to mammalian conservation through his development and promotion of the concepts of biodiversity.

“Your efforts with the Uganda Wildlife Authority, in particular in managing wildlife translocations to repopulate national parks after the civil war, stand out for their impact on the preservation of wild populations, as well as contributions to tourism — and all that tourism contributes to conservation — by restoring wildlife communities in multiple parks,” Kelt said.

He added: “Your continued work as a veterinarian and in training young Ugandans for conservation, serve to broaden understanding and appreciation of wildlife, wildlife health and their importance to conservation.

“Your subsequent work in establishing CTPH, a nongovernmental organisation, provides a model for effective integration of human and wildlife health, with habitat conservation, providing for successful ecotourism and improved health and security for gorillas.

“I am very happy because I am the first African to be recognised. It is a great honour and I hope many other Africans will be recognised. “African conservatinists do a lot of work, but they are not recognised.”

The Murie Family Conservation Award, is awarded to a current undergraduate or graduate student, post-doctoral fellow, or early career researcher (within five years of their terminal degree), who has made a significant contribution to the conservation of mammals and their habitats.

Due to the current COVID-19 pandemic, the winners are unable to travel to America to follow normal procedures of receiving the awards.

However, there is a plan to have them give a virtual presentation during a conference, which is slated to take place next year.

OTHER AWARDS
In 2006, Kalema-Zikusoka was elected to an Ashoka Fellowship. In 2007, Seed Magazine named her one of their eight revolutionary minds in science.
In 2008, the San Diego Zoo gave her its Conservation-in-Action Award. In 2009, Kalema-Zikusoka won the Whitley Gold Award.