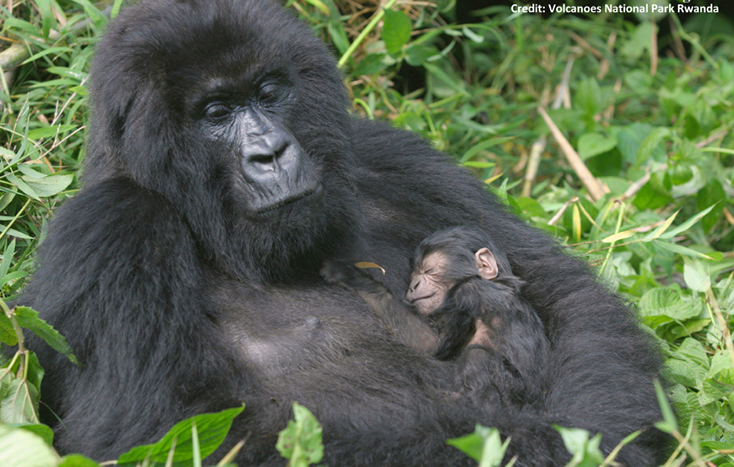 Who doesn’t like a good cup of coffee? It’s one of the few drinks you find in some form in most countries. In the U.S. coffee is an important part of the fabric of the social structure in our culture. We have coffee houses, clubs and even group meetups. It’s part of our daily routine and in the era of the internet, of course there are memes extolling the virtues of coffee. At work there is the coffee break even for those that don’t want a cup of Joe.

Few people would make the connection that their choice of coffee might help a critically endangered species as the Mountain Gorillas. Like many wild animals, gorilla’s are under pressure from poachers who want their fur, paws and head as trophies. The bush meat trade is another threat they face. Loss of habitat and degradation from increasingly polluted air, water and soil are a constant looming threat. If we could help ease some of these problems just a bit by changing the brand of coffee we drink why wouldn’t we? 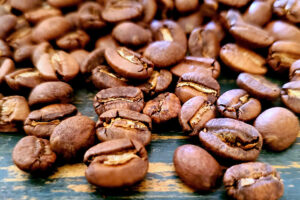 The U.S. is one of the biggest coffee drinking countries and the leading importer of coffee beans in the world spending over $6 billion in 2021, equaling over 3 billion pounds of beans.  For many countries who export coffee beans, it’s like a magic bean that employs thousands of workers. Unlike other top commodities like oil and diamonds, coffee seems to be a welcomed addition on the global trading stage and one without too much controversy.  But it’s not all good.  In a world with an exploding human population and poverty, coffee production has come under fire over the years for several economic, political and environmental issues.
Colombia

Colombia is the largest exporter of coffee to the U.S. That partnership is not without its problems. Like many South American countries, Colombia has undergone several political transitions many of which affect the coffee trade.  In 1989 the New York Times reported on the collapse of our agreement with coffee farmers. Our relationship ever since has been tenuous at best. “We need the coffee income to fight effectively against cocaine,” said an aide to President Virgilio Barco Vargas. At one point Colombian officials had quietly suggested they would flood the streets with cocaine if we continued to reject an increase in price for their coffee beans. In the end coffee prices went up and our streets were flooded with cocaine. Should we still trade with a country who barters like a street thug? 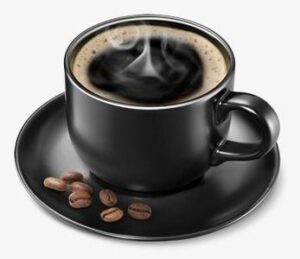 There is some good news when it comes to this hot commodity. Not all coffee comes from difficult trading partners. In Uganda there is a nonprofit trying to blend their desire to save endangered mountain gorillas with helping the local coffee farmers. This partnership is designed to prevent any clashes over land use. As human population continues to expand, the need to use more land to grow crops to meet those needs often creates a battle over who gets the land. Encroachment on wildlife habitat is an ongoing crisis.

Gorilla Conservation Coffee is a social enterprise of the Conservation Through Public Health. This is an organization that promtoes co-existence among the people and wildlife that call Uganda home. Of special interest are the endangered mountain gorillas. This brand is the brainchild of Dr. Gladys Kalema-Zikusoka, who was the first Wildlife Veterinary Officer of the Uganda Wildlife Authority. She had a passion to help both the struggling farmers and the gorillas.

‘Saving gorillas one sip at a time’ is their motto…

Just outside the border of Bwindi Impenetrable National Park were coffee farmers who struggled to make a living.  This created a perilous situation for the wildlife inside the park who were increasingly at risk as farmers sought food and wood from the park.  For any species struggling to survive any clash with humans will never end with them as the winner.  Dr. Kalema-Zikusoka saw a way to help by increasing the price paid for their coffee whch decreases their need to raid the park.  Once a deal was struck Gorilla Conservation Coffee was born.

Uganda is known for producing some of the best coffee beans in the world.  The Arabica premium coffee is considered to be among the best.  What could be better than helping to make a difference by giving a living wage to farmers and helping to save endangered gorillas?

The coffee farmers near Bwindi Impenetrable National Park are independent and small.  They aren’t part of the billion dollar corporate conglomerates who have money and infrastructure at their disposal.  These small holder farmers struggle to provide for their families.  Their crops have started to encroach on land just outside the park, which jeopardizes the home for the gorillas.

According to Dr.Kalema-Zikusoka “Gorilla Conservation Coffee pays the coffee farmers $0.50 per kilo above the market price.”  This helps them make a living without damaging the park.  Her organization also “provides training in sustainable coffee farming and processing to the get the farmers’ coffee up to a high standard while also improving their yield.”  Close contact with humans also exposes the gorillas to many potential health problems and diseases, which is why tours into their habitat are limited in group size and time spent there

How to help the Gorillas

Gorilla Conservation Coffee is available in several countries from the United States down to Australia. For those living or visiting Uganda they even have a first of its kind Gorilla Conservation Café located in Entebbe where you can sip of fresh cup any day of the week. Dr.Kalema-Zikusoka explains that “$1.50 from every kilogram of roasted coffee is donated directly to support Conservation Through Public Health’s work with gorillas and the local community.”  Special tours are also available where visitors can get a unique look at how the program works through Conservation Through Public Health field sites around protected areas and learn how the gorillas benefit from them. “For tourists in Uganda, they can learn so much more about the coffee through a coffee safari at a farm near Bwindi Impenetrable National Park.They can experience the journey of coffee from bean to cup.”

There are so many nonprofits vying for donations. The best ones are those that show you where you donation goes and how it benefits those in need.  What way reason to pick a coffee brand than one that helps both people and animals?  As Dr. Kalema-Zikusoka says  “When you order for Gorilla Conservation Coffee, you are not only supporting the small holder coffee farmers, but you are also saving the endangered mountain gorillas, a donation from every bag sold goes to support community health, gorilla health and conservation education through CTPH.” That sounds like a perfect finishing touch to a freshly brewed cup of coffee.

In Uganda their Gorilla Conservation Coffee Café is on Plot 13 Portal Road in Entebbe, which is about a 10-minute drive from Entebbe International Airport.

Click here to see what tours are available where you can learn about and see firsthand how the program works and the gorillas that benefit from them https://ctph.org/book-an-intimate-gorilla-experience/

To learn more about this coffee saving gorillas, visit their website www.gccoffee.org.