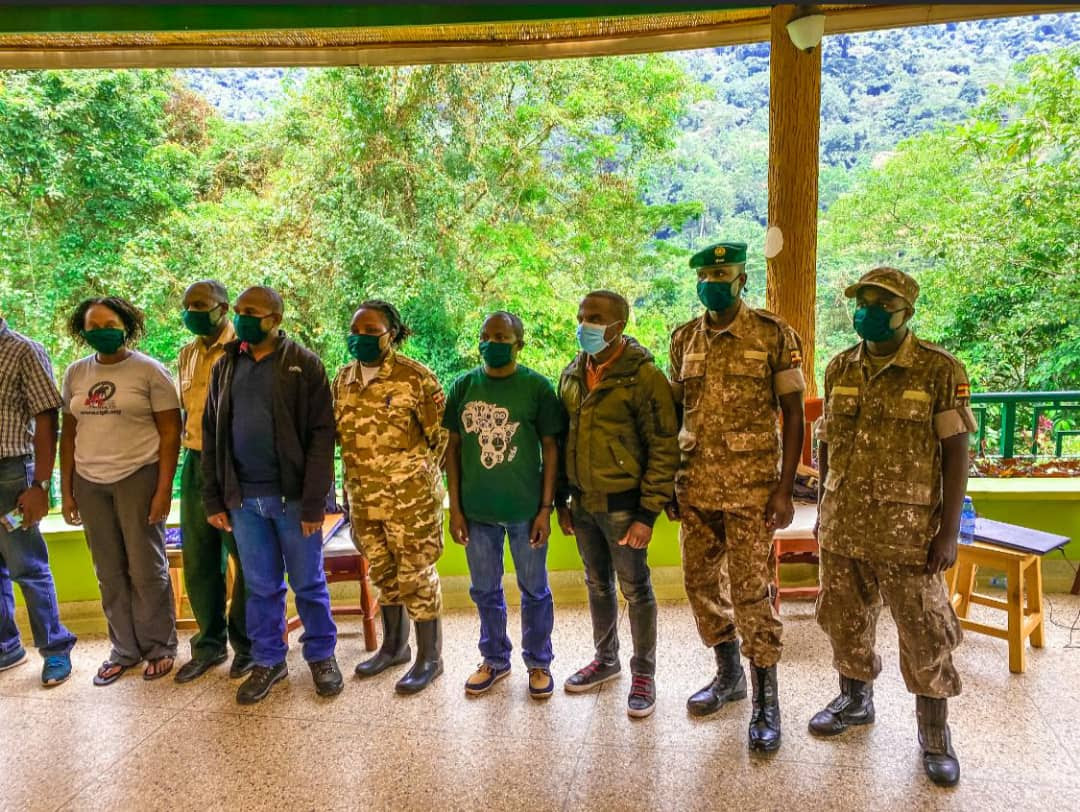 Posted at 11:28h in Newsletters by CTPH 4 Comments
0 Likes
Share this article

We hope that you and your family are coping with the coronavirus pandemic.

As the fight against the COVID-19 pandemic continues, this week our team led by our Founder and Chief Executive Officer Dr. Gladys Kalema-Zikusoka set out to Bwindi and Mgahinga Conservation Area to train park staff on how to manage and prevent COVID-19 spread amongst people and from humans to gorillas.

The training which started on Tuesday 24th March 2020 reached out to all the tourism trekking sites targeting wardens, head rangers and head trackers.  This will be followed by additional training workshops for all the remaining park staff that will be held at the end of the coronavirus pandemic.

On 25th March 2020, Uganda Wildlife Authority suspended primate tourism in Uganda’s protected areas because of the disease risks posed to gorillas and other primates from the COVID-19 pandemic.

Recommendations were generated during the training for park staff and other essential personnel who are monitoring and protecting the gorillas during this critical time and for tourists, researchers and other visitors to the gorillas when the park reopens after the COVID-19 pandemic.

One of the key recommendations during the training was that every person visiting the gorillas including park staff, tourists and researchers must have their temperature tested before setting off for gorilla trekking.

We are grateful to Uganda Wildlife Authority for giving us an opportunity to train the park staff at this critical time of the coronavirus pandemic.

We greatly thank the International Gorilla Conservation Programme for financial support towards training of the park staff.

We urgently need to conduct the same training with Gorilla Guardians and Village Health and Conservation Teams to prevent COVID-19 spreading between people and from people to endangered mountain gorillas.

Please see our appeal towards this action plan on Global Giving here.

Thank you very much for your support at this critical time.

From all of us at CTPH