04 Dec Inspirational: Dr Gladys Kalema-Zikusoka saves gorillas and the community as she breaks new ground and inspires others 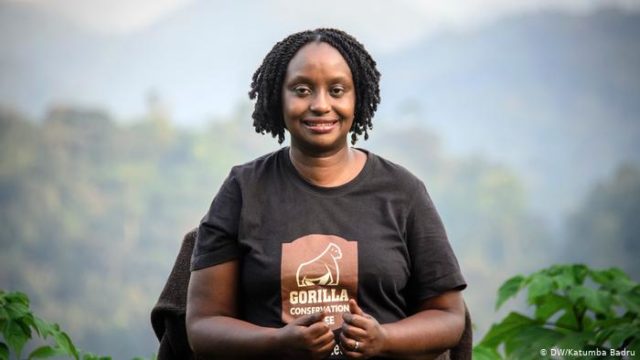 Every now and again you meet somebody, who is so inspirational you know that the encounter will leave a lasting impression. I had the opportunity to meet and interview Dr Gladys Kalema-Zikusoka on her visit to the UK when she was a finalist in the TUSK awards due to her incredible work with gorillas and a guest speaker at Media Hub.

Gladys has dedicated her life to preserving the gorilla population in Uganda. Her 50th birthday is just weeks away.

Always passionate about animals ( Gladys set up a wildlife club at school), she trained to be a vet, becoming Uganda’s first ever dedicated wildlife vet – an achievement she is incredibly proud of – to do as woman – and before any man had achieved this before her….breaking new ground!

Gladys pioneered the translocation of giraffes from Lake Nakuru National Park in Kenya to Kidepo Valley National Park in Uganda. Although the parks accommodate many animals – it was gorillas ( who share 98% of their DNA with humans) in Gorillas are found in Bwindi Impenetrable National Park that fascinated her. In 2003, Gladys noticed that the gorillas were starting to lose their hair. Initially it was thought that this was due to old age or natural selection – but Gladys saw that it was affecting four generations of gorillas. One infant gorilla died. Gladys made the association with a parasitic infection experienced by cheetahs – who also experienced hair loss. The source was traced to humans living in the area , who, as Gladys put diplomatically, had ‘unhealthy habits’. 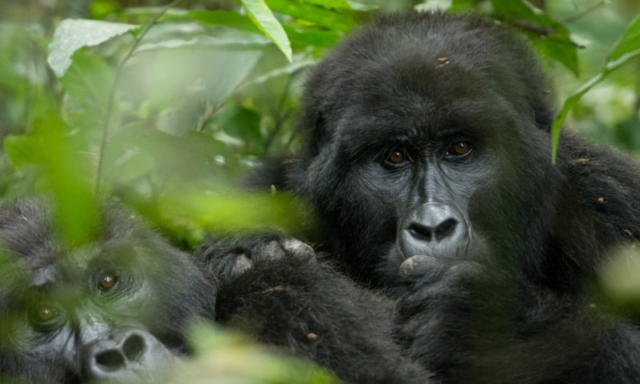 Mountain gorillas are an endangered species – at the time of the outbreak there were only 650 living in the wild. In 2003 Gladys co-founded Conservation Through Public Health (CTPH), recognising that in order to save the gorillas , they needed to support the local community/ Healthcare and sanitation and hygiene were improved. The gorillas were coming into contact with humans when they foraged in gardens for bananas. Through education they were able to help improve the lives of the human community – and reduce the threat of disease to the gorilla community. They also had to find a way to have humans and gorillas better co-exist and enable the living conditions of the community to improve.

The gorilla population has grown to 1000

Gorilla tourism was one way- another was in setting up a scheme to buy the locals coffee beans at a fixed and above average price – the sale of the resulting ‘gorilla coffee’ helps to fund the centre. Knowing that their coffee ventures are well supported – the community is more forgiving of banana theft by gorillas!

The model has worked well – and today there are 1000 mountain gorillas living in the park.

The CTPH model is one that is seen as best practice, and is being duplicated by other countries.

When Gladys talks of her achievements she does so with passion and humour. When recalling the time she and a park ranger were following an elephant ,  due to concerns about its limp, it turned to charge them. As Gladys said ‘the limp didn’t seem to bother him when it came running after us’!!

But what next for Gladys? As she approaches her 50th birthday having achieved so much, she is still passionate about doing more.  Apart from writing a book, Gladys wants to encourage young women to study science and make a difference with the confidence of knowing that they can achieve anything they put their minds to.

Gladys herself had a great role model in her own mother – who was the first woman in Uganda’s parliament. Gladys was encouraged to set her own goals and achieve her own dreams – even if those dreams had not been achieved before. She now wants to encourage others to do the same.

I feel privileged to have had the opportunity to meet her.

To find out more about Gladys’ work, and ways to support it, visit ctph.org and watch out for Gorilla Conservation Coffee which will hopefully be on sale in the UK soon.