Posted at 18:02h in CTPH by CTPH 0 Comments
0 Likes
Share this article

This week we’re celebrating the 100-year anniversary of women being allowed onto the veterinary register. After a slow start (by 1956 there were still only 387 women on the register) we’ve seen a huge influx of women enter the veterinary profession and today women make up around 60% of practising vets and 80% of vet students.

With such a huge array of inspirational professionals to choose from it would be impossible to even begin drafting a definitive list of the top women working in our profession today. Instead we’ve pulled together a tiny handful of examples to show the breadth of contributions women vets are currently making to animal welfare and in turn asked them about the women vets who inspire them. Please join us on social media to share your thoughts about the centenary, using #StandingOnHerShoulders, and celebrate the women vets who inspire you. 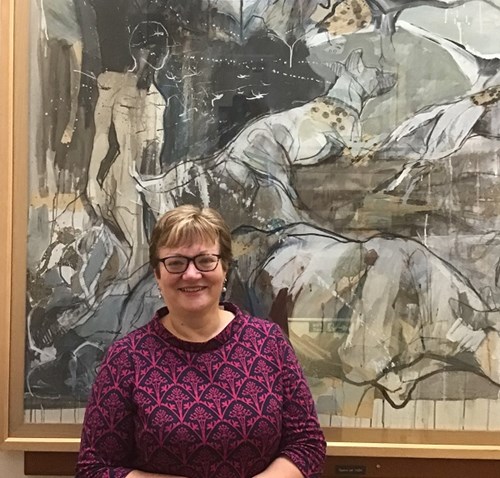 Following several years in companion animal practice Susan studied for a PhD in feline virology at the University of Liverpool. She gained her PhD in 1992 and has been employed at Liverpool ever since. She is currently the first female Dean of the Vet School at Liverpool – a job which has brought many opportunities including sitting on RCVS council, chairing education at RCVS, and being the first female chair of Vet Schools Council. She has been a BSAVA volunteer for many years and was BSAVA President in 2016. Susan is also Chair of the Mind Matters Initiative and a non-executive board director of Pets at Home.

Explaining what the centenary means to her, Susan said: ‘I wish I could say that I have never had negative comments about doing a job as a woman but that would not be the case. However, luckily for me my Glaswegian upbringing and slightly stubborn nature has allowed me to overcome these and of course I have been helped and inspired by my family and the vast majority of people I have worked with.

‘Over my time in the profession there has been a shift in the proportion of female undergraduates from being a minority to the majority which is bound to make differences to our profession. I welcome and embrace this diversity although it is important that it is diversity and equality for everyone and not just creating a separate tribe within the profession who are not seen as equals.

‘So I hope this celebration allows us all to remember the great opportunities that are there for us female vets and to make sure we develop the confidence in the next generation to benefit from them. The people that have inspired me are too many to mention individually but a female vet who I’m currently inspired by is the RCVS Junior-Vice President Mandisa Greene.’

Aurelie was born and raised in Belgium and has worked in Northern Ireland, first as a farm vet and more recently in the pharmaceutical industry, since 2002. During her time in clinical practice Aurelie was passionate about preventative medicine and launched a voluntary BVD eradication scheme. She joined Zoetis in 2014 and joined the officer teams of both BVA NI and NIVA in 2018.

When asked about her inspirational women vets, Aurelie said: ‘A woman who has inspired me was Melanie Spahn who I met her during my time in university. Not only did she complete her degree in veterinary medicine, she also simultaneously did her bachelor in medicine as her father wanted her to be a medical doctor. As well as that she was the president of the student union and never missed any parties. Not bad considering she is also fluent in 4 languages!

‘Melanie qualified a few years ahead of me, moved to Northern Ireland, and quite quickly became a practice owner. Melanie’s practice has grown from strength to strength since and has recently been bought by IVC. Not only is Melanie one of the very few women in Northern Ireland to have owned a mixed practice, she is also the mother of 5 children and was AVSPNI (Association of Practicing Veterinary Surgeons in Northern Ireland) President a few years ago. When I qualified in 2002 Melanie was very supportive and referred me to Gortlands Veterinary Clinic where I started my first job.’ 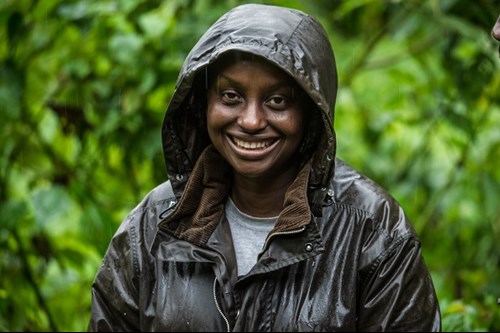 Dr. Gladys Kalema-Zikusoka is Founder and CEO of an award winning NGO and non-profit founded in 2003, called Conservation Through Public Health (CTPH) that primarily works with the critically endangered gorillas. After graduating from the Royal Veterinary College she established Uganda Wildlife Authority (UWA)’s first veterinary department. In 2000, she did a Zoological Medicine Residency and Master in Specialized Veterinary Medicine at North Carolina Zoological Park and North Carolina State University, where masters research on disease issues at the human/wildlife/livestock interface led her to found CTPH in 2003.

She is currently serving on the Board of The Gorilla Organization, Primate Education Network, Bwindi and Mgahinga Conservation Trust, Chairperson of Wildlife Clubs of Uganda, and Chairperson of the Africa Chapter of the Explorers Club.

On her own inspirations Gladys said: ‘I have been inspired by pioneer vets who have mentored me and encouraged me to follow my chosen career path in wildlife veterinary and conservation medicine. These include Mary Brancker, one of the first lady vets who focused on exotic and wildlife medicine where both her and I are featured on the Royal Veterinary College alumni wall of achievement.

‘I have also been inspired by pioneer wildlife vets who have worked in East Africa who have trained and mentored me and supported my work. These include Dr. Liz Macfie who was one of the first vets to work with mountain gorillas at the Mountain Gorilla Veterinary Project in Rwanda and trained me as a gorilla vet, when establishing an NGO, International Gorilla Conservation Programme in Uganda.’ 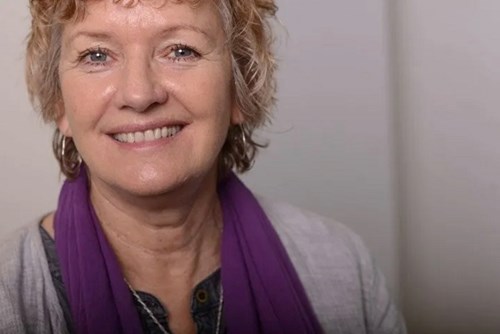 Ruth qualified from The Royal Veterinary College in 1978 and has a Royal College of Veterinary Surgeons Diploma in Animal Welfare Science Ethics & Law.

After 17 years in practice and teaching, Ruth co-founded Benchmark in 2000 to drive greater sustainability in the food chain. She has subsequently built extensive experience within the food industry, as well as leading research programmes in sustainable food animal production across multiple species and geographies. During her career, Ruth has served on a number of organisations including the Farm Animal Welfare Council, the Farm Animal Welfare Forum and the Food Ethics Council and in 2017, Ruth was awarded BVA’s Chiron Award in recognition of her contributions and achievements driving progress in farm animal welfare within the supply chains of some of the world’s largest food brands.

Ruth is a leading member of Vet Sustain – a group of veterianry professionals working to make the profession a leading force for sustainability.

Reflecting on the centenary, Ruth said: ‘There are many female vets who have inspired me over the years including Mary Brancker as a teenager growing up as she was one of our local vets. The others would be the women I have worked directly with over recent years – Laura Hancock, Ruth Clements, Alex Tomlinson – all these women have taken their place in our profession without fuss and just got on and done amazing work. I feel this is a mark of the maturing of the inclusive and loving female energy which is much needed across our world. We can just simply take our place in society and in this lies power – when we feel we have to fight for our place we automatically give this power away.’ 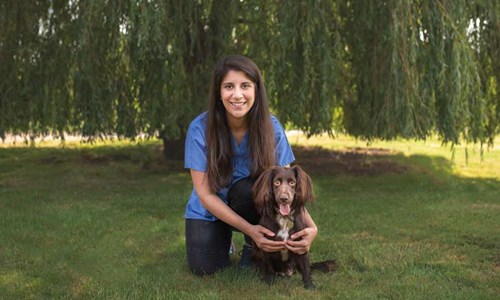 Daniella obtained a BSc (Hons) in Molecular Genetics from Kings College London in 2007, before going to study veterinary medicine at the RVC, qualifying in 2012. Since then she has been in first opinion small animal and exotic animal practice and is currently working towards her CertAVP zoological medicine. She became a member of the BVA Ethics and Welfare Advisory Panel in 2015, and became Chair in 2017. She has been a Trustee of the Animal Welfare Foundation since 2016 and joined the BVA Officer team as Junior Vice President in 2018. The theme for her presidential year is Vet Diversity.

Speaking about the centenary and her personal inspiration, Daniella said: ‘My inspiration is Kate Everett, a small animal and exotics vet in Kent, who I met on EMS. She epitomises compassion, not only to her patients, but also her clients and colleagues. She made me realise what a powerful position we as vets are in to improve animal welfare: that in a single consult, I could help an owner provide a good life to a tortoise for 50 years. She taught me that a good leader cares about people, and in doing so, the rest follows. She taught me that caring and doing your best is what matters: sometimes cases don’t go as planned, but if you had done your best, it was good enough. She was brilliant as a mentor when I was a student, as my employer later in my career, and above all as a friend. Thank you, Kate.

‘I am honoured to be a female president celebrating this centenary. Thanks to those women who went before me I have been able to join this amazing profession and do a job I love. Their determination paved the way for change for which I am eternally grateful for, and gave me, and the other four female BVA presidents before me the opportunity to represent our fantastic profession.’