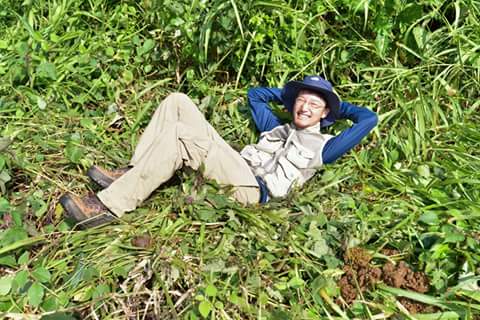 Posted at 01:31h in Uncategorized by Michael 0 Comments
0 Likes
Share this article

When he was only 8-years-old Ryoma Otsuka’s parents took him to the Ueno Zoo in Tokyo. It was there that he saw his first gorilla. As he tells it, “it was love at first sight”; he spent two hours watching the gorillas in their enclosure. This was the spark that has culminated in a lifelong passion to research and protect gorillas.

If you ask Ryoma to show you photos of gorillas he will pull out his iPhone and you will immediately notice the silhouette of the gorilla on his iPhone case. His Instagram feed is filled with beautiful photos of these gentle giants—it’s hard not to sense his passion for these animals.

“I started gathering everything that had gorillas from cookies to books—even my friends, who knew how much I loved gorillas would also get things and bring [them] to me,” recalled Ryoma. “Someone also recommended a movie—Gorillas in the Mist—that moved me and sparked my interest in becoming a researcher in the future.”

Ryoma is currently a Masters student of Kyoto University within the Graduate School of Asian and African Area studies. His program—Primatology and Wildlife Science—has provided him with the opportunity to conduct research on Conservation Through Public Health and Human and Gorilla Conflict Resolution Teams (HUGOs for short). 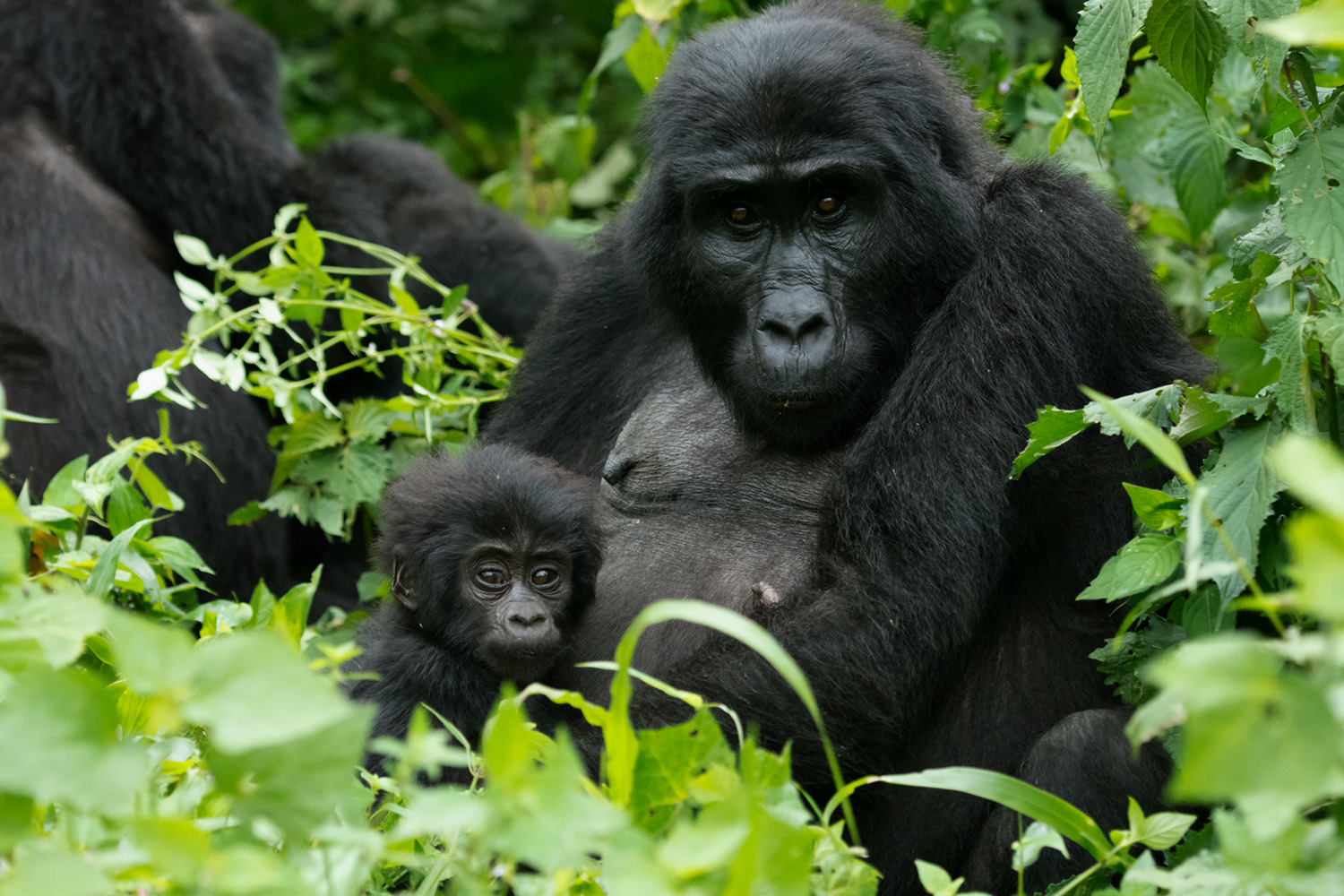 Ryoma had a chance to meet many of the gorillas in Bwindi including this mother and baby!

Every year CTPH hosts a number of researchers and interns intent on carrying out work across our three integrated programs of wildlife health and conservation, community health and alternative livelihoods. Research is critical to achieving CTPH’s mission; we recognize the insights that can be gleaned from their work in order to improve our programs. Ryoma first learned about CTPH when he visited the Gorilla Health and Community Conservation Centre after tracking the gorillas as a tourist at Bwindi. “I saw this as an opportunity to put into practice everything I have learnt over the years, but also as a platform for me to learn more about gorilla conservation,” explained Ryoma.

“As someone with a profound love and passion for mountain gorillas I wanted to carry out more research about these gentle giants,” said Ryoma. He spent three months based out of CTPH’s Gorilla Conservation Camp and Gorilla Health and Community Conservation Centre in Buhoma village—on the fringes of Bwindi Impenetrable National Park in South Western Uganda. Bwindi is home to half of the remaining mountain gorillas—an estimated 880 are alive in the wild today in Uganda, Rwanda and Democratic Republic of the Congo. 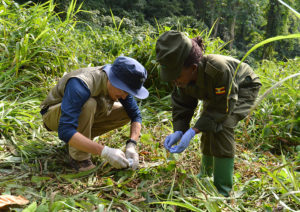 Mountain gorillas living around Bwindi Impenetrable National Park do not have to travel far to raid peoples’ crops—homesteads are found on park borders leading to high incidences of human and wildlife conflict in the area. It has been 18 years since the HUGO teams—made up of community volunteers—were created through a partnership between CTPH and the Uganda Wildlife Authority (UWA) to resolve such conflicts, however, there isn’t any in-depth research about HUGO work and its effectiveness within the area. Ryoma will research gorilla crop raiding patterns and analyze the effectiveness of the methods used by HUGO members to chase gorillas away from human communities, including recording the proximity between gorillas and communities and time taken for them to be chased back into the park.

“I do hope to that my research will give an insight into human gorilla conflicts and be used as a tool to mitigate these conflicts,” said Ryoma thoughtfully. “I believe that it can be beneficial to both UWA and CTPH who are dedicated to resolv[ing] human-wildlife conflicts.” Ryoma plans to pursue his PhD and eventually create an NGO in Japan to sell products with the goal of returning the profits directly to communities living near mountain gorillas to support their livelihoods and further reduce human and gorilla conflict in the region.